The Bochabela String Orchestra has taken its inspiration from the famous Soweto String Quartet. The SSQ popularized playing string instruments by performing traditional African songs and jazz pieces with the string quartet and a rhythm section. The BSOs initial foray into African songs was by way of performing traditional hymns and struggle songs. As the pupils technique grew so did the repertoire which was available to the Bochabela String Orchestra. The BSO limits itself to strings, congas and shakers for their upbeat arrangements. Over the years the orchestra has been invited to perform as part of youth orchestras and music festivals around South Africa, These included the South African National Youth Orchestra, the MIAGI Youth Orchestra, the Stellenbosch International Chamber Music Festival and the MACUFE Jazz Festival. The doors to performing in Europe were opened due to the opportunities created by the popular Belgian television program “Man Byte Hond” and contacts made at the Stellenbosch Festival. The first overseas trip was due to an ongoing partnership with the Belgian Youth Orchestra “Violet” and subsequent trips to Germany and Austria were made possible thanks to the tireless efforts of Prof. Christa at the Landeskonservatorium in Feldkirch. The progressive orchestra system (five string orchestras) is key to encouraging and motivating the youngest players. If not for these young orchestras there would not be a Bochabela String Orchestra to perform around the world.

The very public face of the MSP is the Bochabela String Orchestra. This orchestra, made up of the best of the MSP, performs a wide variety of music from baroque to traditional and popular African music. The BSO performs for government, corporate and community functions. Many of these performances are a practical way to raise funds for bursaries, to attend music festivals, national orchestra courses, tours and orchestra camps.

The orchestra has appeared widely throughout South Africa on all national television stations as well as performing in numerous music festivals and youth orchestra courses, which include the Stellenbosch International Chamber Music Festival, the MIAGI Youth Orchestra course, the South African National Youth Orchestra as well as appearing on Belgium and Austrian television. In February of 2009, members of the orchestra undertook a successful tour of Belgium and made return tours to Austria and Belgium during December 2010, 2012 and 2013. Most recently the program has featured on the Afrikaans television program Pasella and on China television (CCTV).

3 former pupils are now cadets with the Kwa Zulu-Natal Philharmonic Orchestra in Durban, while two others received full time positions. Regomoditswe Thothela is co-principal double bass with the Johannesburg Philharmonic. Ruan Baartman was a full scholarship student at the prestigious Menuhin School and is now attending at the Royal College in London. In 2010, Bonolo Kgaile won the SANLAM Competion. She was the first African to win this prestigious competition for young musicians. At the same SANLAM Competition, the progamme has also won a cash prize for the best development programme for three years in a row. Bonolo was also one of the young artist soloists at the KZN Philharmonic Orchestras Concerto Festival and received a standing ovation. Thapelo Masita, (cello) won the string category with the Arts Cape Competition, has performed as soloist with the Cape Town Philharmonic Orchestra and won first prize in the string section of the ATKV Competition. He is currently attending at the University of Rochester in New York. Reggie Teys performed as a soloist with the Free State Symphony Orchestra. Reggie and Mookho Rankhala are currently studying at the Landeskonservatorium in Feldkirch Austria. The Bochabela String Orchestra has recorded a CD of popular African and Classical favorites as well as recording with the Violet Orchestra in Belgium. Undoubtedly the most successes are those least seen. These are the children who through discipline, self-esteem, responsibility and sense of purpose manage to stay in school, stay off the dusty township streets and go on to be productive citizens and make healthy life choices.

The director has received the Music Achiever of the year award in Johannesburg, as well as twice being nominated for Bloemfonteiner of the Year, has received a Centenary Medal from the University of the Free State, has been admitted as an honorary member into the Golden Key academic society, in addition to receiving an award for himself and the program from the Premier of the Free State, and in 2012 he received the Friend of Heidedal Award. The program itself has three times received the best Development Program Award from the Sanlam/SAMRO Music Competition. All this recognition has been due to the success of the MSP. In 2009 the Belgian String Orchestra, Violet organised a nation wide fundraising, with the support of radio channel Klara, Jeugd en Muziek Vlaanderen and the Music Academies of Flanders with the fundraising project ‘Buskers for Bochabela’. Violet received a Special Award for this project from the International Music Council. The program recently featured in the September issue of the international music magazine The Strad as well as being written up in the United Nations Journal of Music and Society. 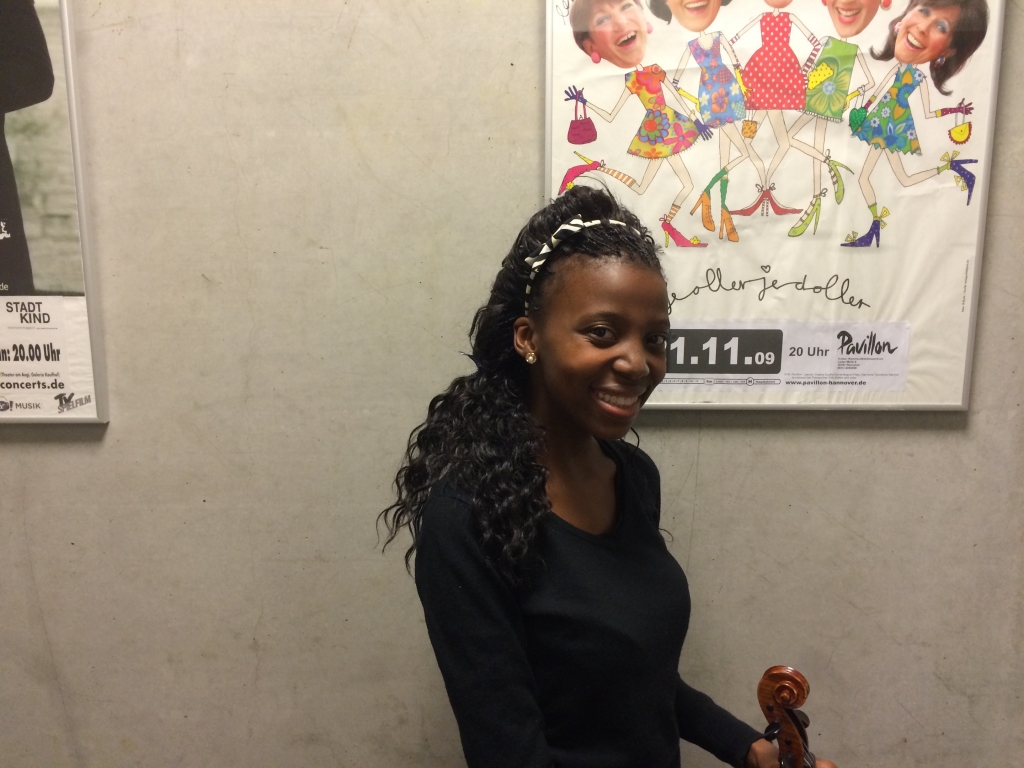